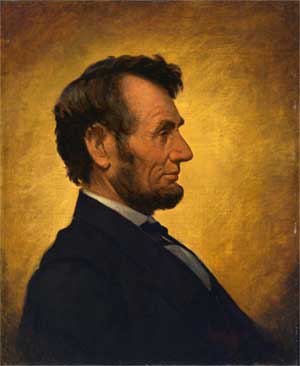 When the Lincoln Cent was released in August 1909, it marked a radical departure from the previous styling of United States coins, introducing for the first time a presidential portrait coin.  Previously, a pervasive feeling had ruled against using portraits of actual people on coins, but public sentiment from the 100th anniversary of Lincoln’s birth in 1909 proved stronger than this long-standing prejudice.  The likeness of President Lincoln on the obverse of the coin was an adaptation of a plaque Victor David Brenner had completed several years earlier.  It appears to me that Brenner’s plaque was actually modeled after a photograph done by Mathew Brady in 1864 and a few months later a portrait painting of Lincoln (from that same photo) by William Willard, shown to the right.  Today, this painting hangs in the National Portrait Gallery in Washington, D.C.

Digital Album of the Year Award 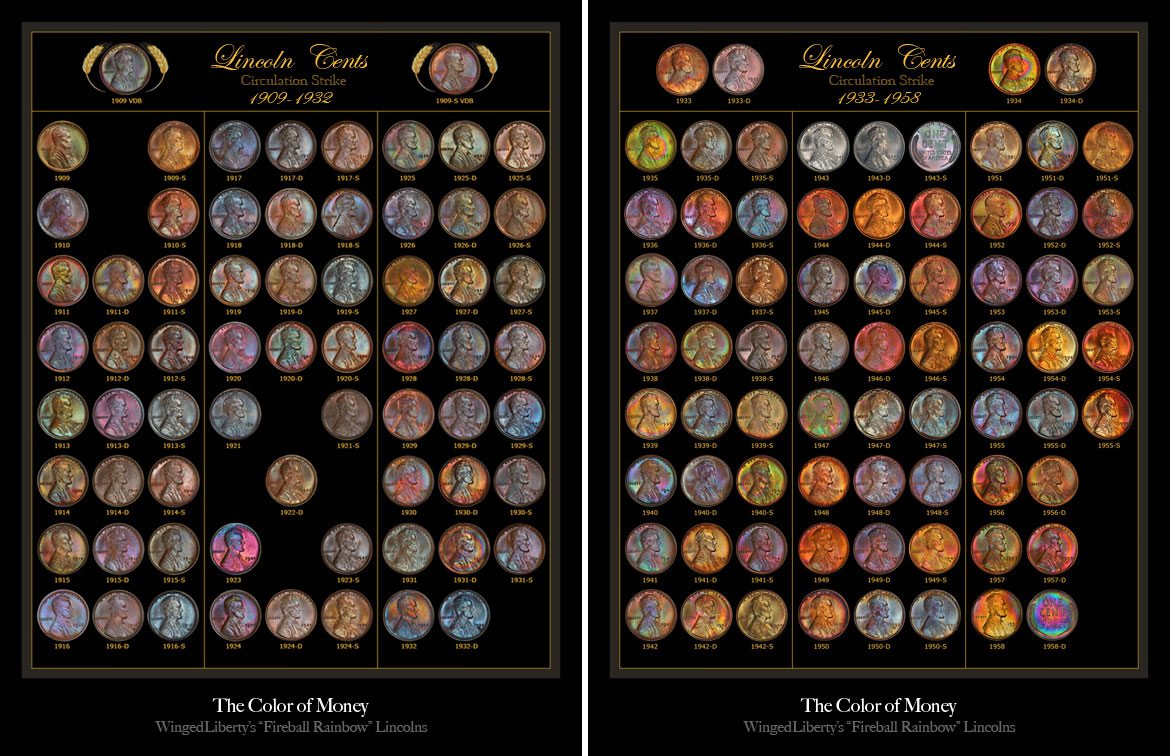 Like many coin collectors that grew up in the 1950’s and 1960’s, the Lincoln Cent Series has always been of great interest due to its familiarity & accessibility. Over the past few years, my numismatic passion has branched into a new area — namely Naturally Toned (NT) colorful coins, due to their unique beauty and relative scarcity. Natural toning on copper tends to be especially compelling with the full-spectrum of rainbow color represented.

In 2011, I saw a set of rainbow Lincolns called CopperColor’s “Coyote Ugly” — and a few years later a similar set called Robec’s “Spectra II” — both of which were inspirational. By early 2015, I decided to attempt my own version — so I began looking for a colorful Lincoln for every wheat-backed slot that PCGS would bless as problem-free. Ultimately, I didn’t care if the color class assigned was red (RD), red-brown (RB), or brown (BN), as long as there was some color variation on the coin and it was not a uniform, mint-fresh, coppery-red color. That being said, my primary focus was on those coins that PCGS assigned a color class of either brown (BN) or red-brown (RB), since those two classes tend to display the most color.